Serverless is the Next Logical Evolution in Cloud Native Software Development

Not so long ago, microservices revolutionized the way software systems are built and operated: instead of monoliths, systems are now realized, composed and executed as autonomous services. However, this was at the expense of additional complexity – in development and operation. Serverless and FaaS promise improvement, they are the next logical step in this evolution to reduce the complexity in the development and operation of such systems through simplification and automation. 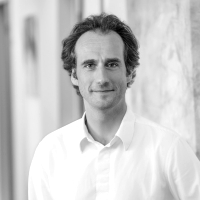 Mario Leander Reimer, passionate developer, architect, and #CloudNativeNerd, works as chief technologist at QAware GmbH. He deals intensively with technologies around the Cloud Native Stack and their applications in the business environment. He teaches cloud computing and software quality assurance at TH Rosenheim.