Istio: Control and Observability for Microservices

You are here: Home / Featured Speakers / Istio: Control and Observability for Microservices

Istio: Control and Observability for Microservices

Istio is a new open platform to connect, manage, and secure micro-services jointly launched by IBM, Google, and Lyft. This session will provide a technical overview of the Istio project and demonstrations of using Istio with microservices and Kubernetes. Specifically: Service mesh – what it is, why, and who is using it Making the deployment more secure (Using istio to get mutual tls authentication between services) Rolling out a new version to 1% of users (Using istio for traffic splitting) Making the deployment more robust (Using istio for circuit breaking and automatic request retries) Controlling the front door (Using Istio-ingressgateway instead of default Kubernetes Ingress) 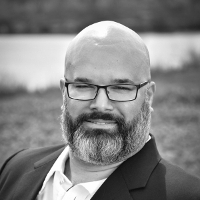 JJ works at IBM on the IBM cloud as a Developer Advocate. He’s focusing on the IBM Kubernetes Service trying to make companies and users have a successful on boarding to the Cloud Native ecosystem.

He lives and grew up in Austin, Texas. He enjoys a good strong stout, hoppy IPA, and some team building Artemis, madding Dwarf Fortress or Rimworld or possibly pair programming cluster Factorio. He’s a member of the Church of Emacs, though jumps into Vim on remote machines. He usually chooses Ubuntu over CentOS, but secretly wants FreeBSD everywhere. He’s always trying to become a better Ruby developer, but flirts with Go, Rust, and only when he has to, Node. A father and husband, if he’s not trying to automate his job away he’s always to convince his daughters to “be button makers not button pushers.”