Is cloud too slow for legacy software?

Apart from high-frequency trading, the following applies to traditional trading on the German and international stock exchanges alike: once the share price is a second old, nobody is interested anymore. The lecture will give an insight into the world of professional stock exchange trading, present the price supply, stock exchange interfaces, and a software system that is used by various banks as an order management system. A system without microservices, with classic C++ code and adapted to the banking world will be presented, which has been technologically achieved with the help of open source, automation, and a cloud environment in a proof of concept. 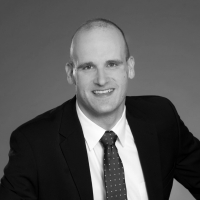 As managing partner of qbess GmbH, Michael Spindler works with a team of IT experts in the financial world at banks, investment and capital management companies to control and drive the existing, historically mature system worlds with modern technologies. The mission is to enrich the existing banking IT world with open source software, orchestration and automation systems and the modern software-defined methodologies.

After studying media informatics, Michael Spindler remained briefly employed as a system engineer at the private weather service MC-Wetter in Berlin before moving to Baader Bank AG in Unterschleissheim. After a few years as a Unix system engineer, he first took over as deputy head of the Unix, Networks, Databases department, then became head of the Microsoft Systems Engineering department and finally, as Executive Director, was responsible for the entire IT operations area until June 2020.

Michael Spindler holds a current certification as RHCE and is a Microsoft Licensing Professional. In addition to previous publications in the Technical Review and Linux Magazin, he is again active as a speaker at IT events and conferences.