We will show how we support our research software developers by supplying a Ubuntu desktop system for their everyday work. The focus is on how we deploy, configure and maintain systems with FOSS tools. (Saltstack, Foreman, Git)

Topics to be handled: 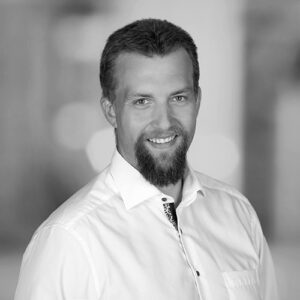 Patrick Banholzer has been working with Linux and open source since the early 2000s and has always followed the approach of automating as much as possible. Since then, his enthusiasm for free and open source software has accompanied him on an ongoing basis, both in his private and professional environment.

After completing his studies at the DHBW in 2009, Patrick worked for about two years in the field of networking, security and VoIP at the IT system house badenIT in Freiburg. From there, he moved to the IT-Designers Group in Esslingen in 2011, where he was responsible for IT infrastructure projects at Daimler and for the in-house IT infrastructure as a system engineer, technical project manager and team leader. The focus was on Linux Operations, Puppet, Virtualization and Storage.

Since 2019, Patrick has been working as an architect and DevOps engineer for Mercedes-Benz AG, where he is responsible for the operation and further development of the approximately 2500 Ubuntu developer workstations at Mercedes-Benz RD. During this time, Patrick has driven the transformation from a relatively rigid, monolithic and closed source config management to a modern GitOps and IaC based environment with Foreman and Salt.