Towards the end of last year, the discontinuation of the conventional CentOS distribution sent the community into an uproar. Thus, both Red Hat and the CentOS project had announced to discontinue CentOS 8 as early as 2021 and to no longer offer CentOS 9. The commercial Red Hat Enterprise Linux (RHEL) and the rolling release distribution CentOS Stream were named as alternatives. In the meantime, however, a lot has happened – RHEL is also available free of charge on a smaller scale and with AlmaLinux and Rocky Linux there are now two promising forks of the original CentOS project. For some users, CentOS Stream is also the most obvious option. This presentation provides a technical overview of what is happening. Also shown are options and alternatives for current CentOS users – both within and outside the Red Hat family. 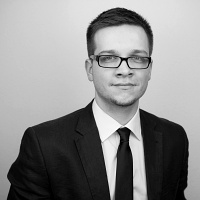 Christian Stankowic is A System Engineer at SVA System Vertrieb Alexander GmbH and is dedicated to the hype topic DevOps in addition to virtualization, enterprise Linux and monitoring. He likes to develop open-source tools for the grey boxes in his spare time, which help you solve problems that you wouldn’t have had without them.