Topology and Orchestration Specification for Cloud Applications (TOSCA) enables users to manage the entire lifecycle of application and network services, from initial service design through service deployment to service management. TOSCA is widely used and vendor independent. It works across multiple clouds and network technologies, which allows architects to focus on application design and requirements without being bogged down by the ever-changing specificity of the infrastructure. In real-world implementations, it can be used to manage the lifecycle of Network Functions Virtualization functionalities as well as Function-as-a-Service. In this presentation, the speakers explain modern development paradigms of TOSCA: What it is used for, why we need it when we have already had many DevOps tools (e.g., Ansible, Puppet, Chef etc.), how it is different from Terraform, what is new in the upcoming version TOSCA 2.0, and a real-world implementation story from Open Telekom Cloud. 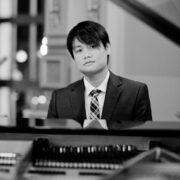 Dr. Vo is a technology enthusiast with more than 10 years of experience in cloud computing. His PhD research at the University of Plymouth, Purpose-based Encryption, has proposed a novel encryption protocol in Identity Management that protects privacy of personal data to be compliant with the General Data Protection Regulation of the European Union. At Open Telekom Cloud from Deutsche Telekom, he is leading the development of the Cloud Topology Designer – Design Once Run Anywhere, which enables users to focus on designing their cloud applications and deploy them across multi-cloud environments.

Beside his work, Dr. Vo is a hobby pianist with 12 years of classical music lessons. 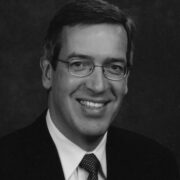 Chris Lauwers is the Founder and Chief Executive Officer of Ubicity Corporation, a provider of modeldriven service lifecycle management systems. Chris also serves as the Chair of the OASIS TOSCA Technical Committee. Prior to Ubicity, Chris was Chief Technology Officer at Avistar Communications Corp from 2001 to 2012. He was also Avistar’s Vice President of Engineering from 1994 to 2001.

Chris has 25 years of experience designing and building networking and communications solutions for large enterprises and service providers. Over the course of his career, Mr. Lauwers has helped pioneer several modern networked communications and collaboration technologies. His PhD research at Stanford University led to one of the first Shared Window Systems, technology more commonly known today as Web Conferencing. At Avistar, he built the first globally-scaled deployments of desktop video conferencing, including deployments of interactive video in Virtual Desktop Infrastructure (VDI) environments. He also created the first “video extranet” enabling presence-based video calling between business partners over IP networks.